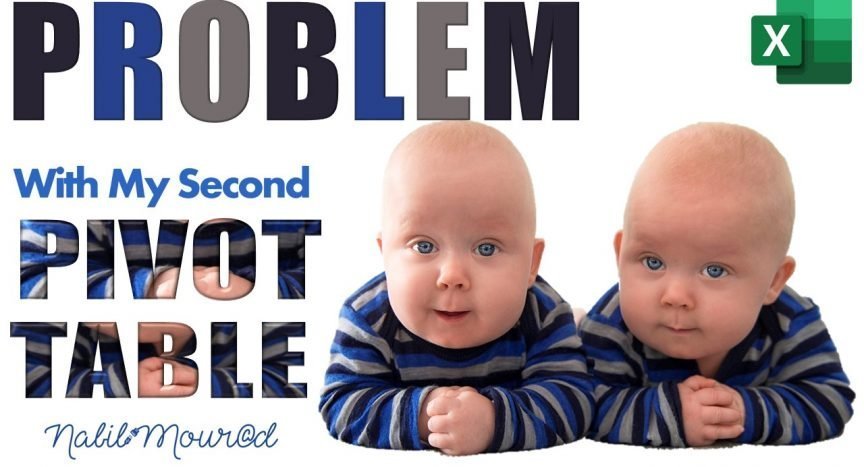 In this blog, you will learn how to group data in pivot table with 3 simple methods. Read more to understand how you can easily do it.

The basic concept which led to today’s Pivot Tables, was invented by the American engineer Pito Salas in 1987. Since they were introduced into Excel 1993, Pivot Tables became very popular among Excel users… Knowledge of Pivot Tables is a common requirement in Job Specifications.

In this article I tackle a common problem that happens when grouping data in more than one Pivot Table. While Excel tries to save me memory, it messes up my Pivot Tables.

Our worksheet shows a list of transactions for 2017- 2019.I want to find the Sum of Sales for each Quarter in each year. So, I’ll be creating a Pivot Table in a New worksheet.

To create a Pivot Table, I select any single cell in the list and Click on the Insert Tab of the Ribbon then click on Pivot Table (to the left side). The Create Pivot Table wizard appears, and it recognizes my source list. I’ll accept the defaults to create the Pivot Table in a New Worksheet. Note that we have 351 rows. 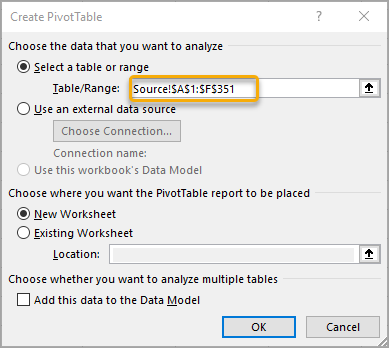 A new worksheet is created and it Shows a Pivot Table Placeholder, where the Pivot Table will be created. We call it the Pivot Cache. It stores the entire source data in it. 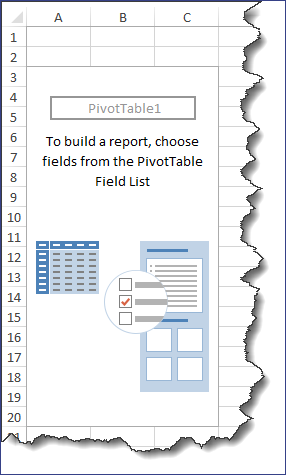 Now I start building my Pivot Table by dragging the Date to the Rows Area. If you are using Excel 2016 or later, the Date will be automatically split into its components (Year/ Quarter/ Month). I will keep the Year and Quarter and Drag the Months out. Then, I drag the Sales and drop it into the Values area.

The Pivot Table emerges and to see the Quarters, we right click any year >> Select “Expand Collapse” >> and from the Submenu select >> “Expand Entire Field. 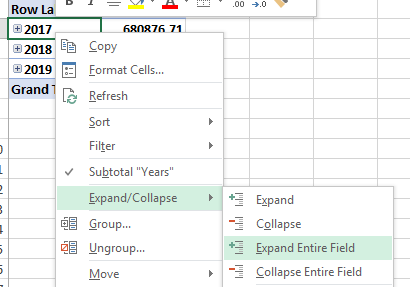 The first Pivot Table is Created without any issues. 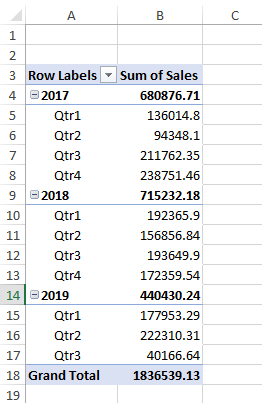 Now let’s go back to the Source list and repeat the steps to create our second Pivot Table and trigger the problem. This Time we’ll select existing worksheet to create the second pivot Table few rows below the previous one. 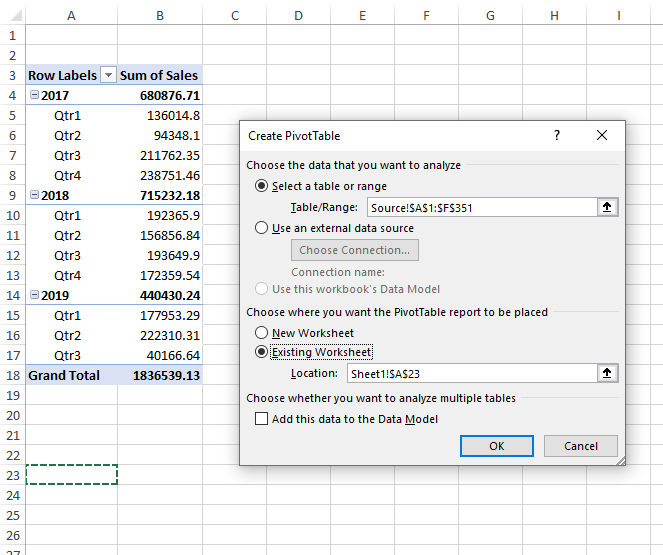 Drag the fields as we did in the first Pivot Table but because this time, I want to show the Sum of Sales for each month, I Right Click the Date column in the Pivot Table and Select: “Group…”
In the Group dialog box, select Month only then hit OK. 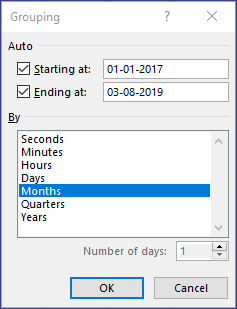 Now, although I get what I want but, my first Pivot Table is messed up. Both of them are grouped by Month. If you try to regroup any of the in a different way, the other one follows automatically.

So, my questions are:

Why did that happen?

You can easily find out how many pivot caches you have in the workbook by switching to the Visual Basic Editor (ALT + F11) and displaying the Immediate Window (CTRL + G).

In the Immediate Window, write: 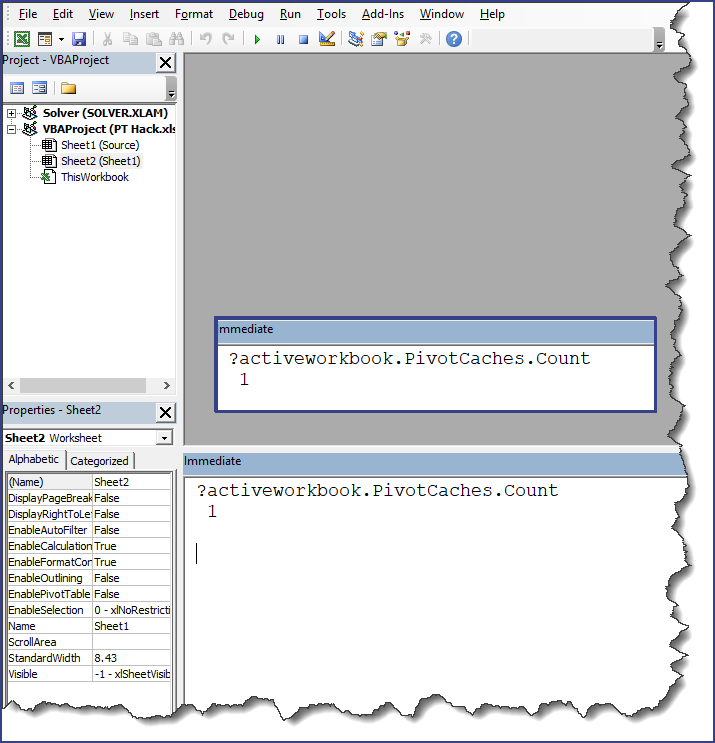 You can now confirm that both Pivot Tables are using One Single Pivot Cache. That explains the problem.

How can I group my Pivot Tables differently?

How to create a new Pivot Cache?

Select any cell in the second pivot Table

On the Analyze Tab click on “Change Source Data” 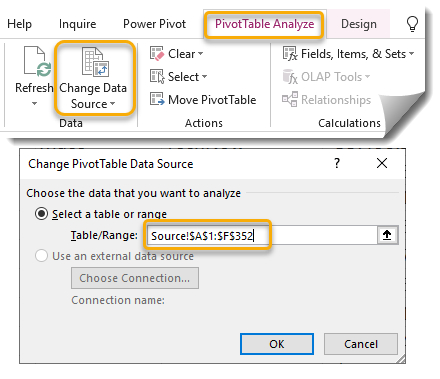 In the Change PivotTable Source Data dialog box, manually add one extra row by changing the last row from 351 to 352.That will automatically force excel to create a second separate pivot Cache.

If you check the Immediate window (as we did before) you’ll see that now the count is 2. 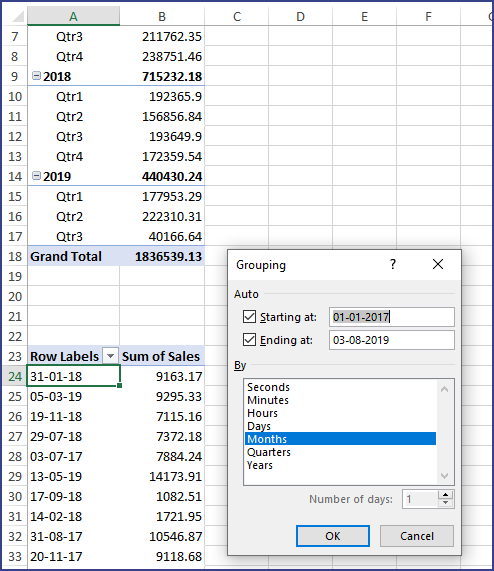 Now I have the data the way I want. But, because we added an empty row in the source, we need to apply a filter and get rid of this row by unchecking “Blank”

After creating the first Pivot Table with the grouping we want. We’ll go to the source list and create a second Pivot Table using the Old Pivot Table Wizard. This one does not exist on the Ribbon. It can only be triggered using the Shortcut; ALT, D, P (consecutive not simultaneous key strokes).

This wizard looks totally different, and consists of 3 steps. Accept the default for steps 1 and 2 then a message box will pop up asking you if you want to save memory >> Select NO to create a new Pivot Cache.

For this method, I’ll open a fresh version of the same exercise file, having only the source data (without any Pivot Tables).

Convert the Source List into a Table; Select any cell in the list and use the shortcut CTRL + T followed by hitting Enter.

On the Table Design Tab, to the left side, name the Table MySource >> Enter

Now we need to add the PowerPivot Tab to the Ribbon:
File >> Options >> Add-ins >> From the Drop list in the lower left corner select >> COM Add-ins >> Click GO >> Check the box for Power Pivot >> OK.

The data in the Data Model (Power Pivot) is made available to use in Excel.

On the Home Tab click on the down arrow for Pivot Table and select>> Pivot Table >> New Worksheet. 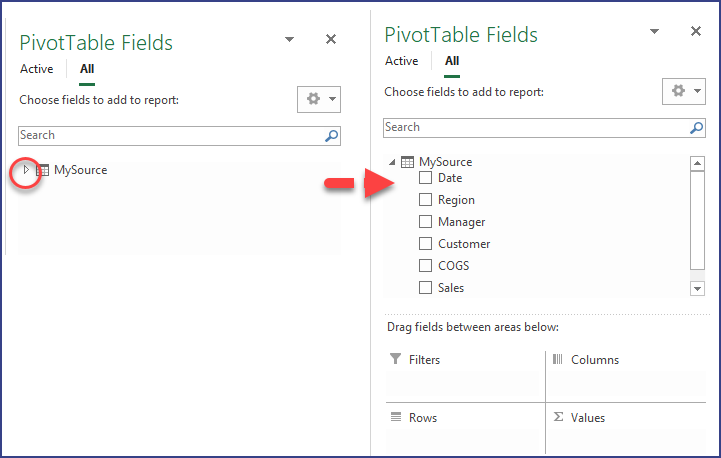 The second Pivot Table is created and it is totally independent from the first one. 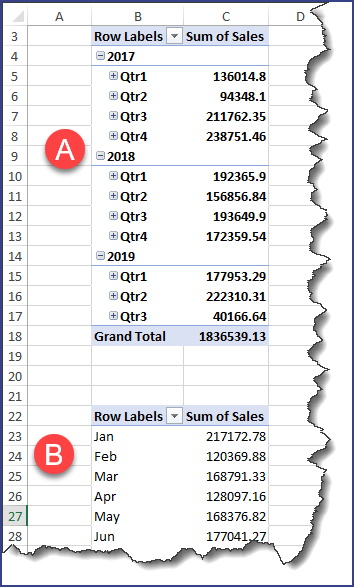 You learned 3 methods to solve the annoying Pivot Table Cache problem. Select whichever technique you like. However, I have a preference to the last technique.

You can watch the Video Tutorial here below

and watch many more on my YouTube channel : YouTube.com/OfficeInstructor 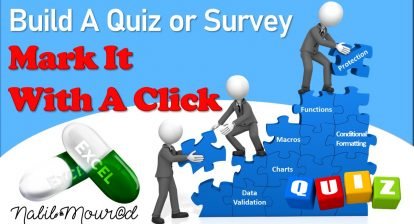 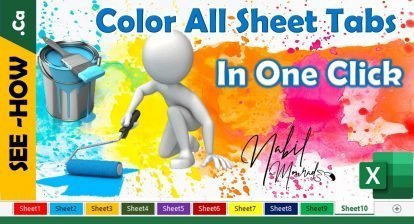 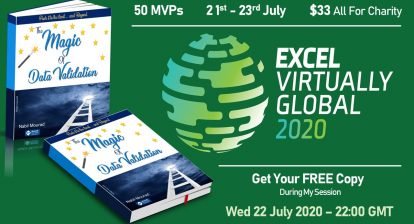 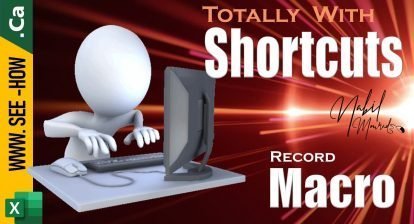 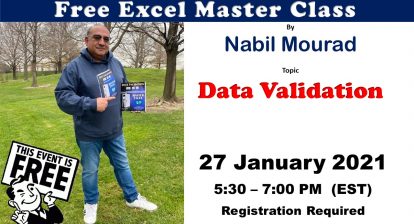 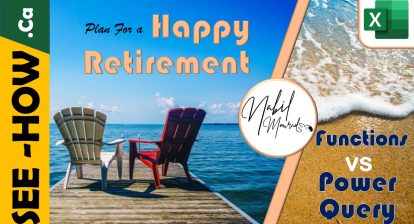